Over the past four decades, more than 500 million people have moved from rural China to the nation’s cities, drawn by economic opportunities unavailable in the countryside. Today, 60 percent of the population lives in urban areas, compared to just 18 percent in 1978. The rapid, often uncoordinated urban growth caused by this massive migration has dramatically altered China’s cities and the land around them, resulting in pollution, overcrowding, and other challenges. Officials in China are now encouraging a shift from policies focused purely on growth to those that prioritize a higher quality of urbanization, explains Lincoln Institute of Land Policy China Program Director Zhi Liu. This shift, Liu says, “implies environmental sustainability, climate resilience, and better quality of urban life for all.” Examples of quality urbanization projects range from converting a sprawling industrial complex in Guangzhou into a cultural district to mandating the reduction of emissions from coal-fired power plants in Beijing.

Liu and the Peking University-Lincoln Institute Center for Urban Development and Land Policy (PLC) recently organized an international conference to explore China’s urban development trends, hosting more than 300 scholars and experts from 12 countries. Topics included the growth of “super megacity regions,” which are clustered metropolitan areas with a combined population of more than 10 million; the impacts of the shift from labor-intensive to high-tech industries; research on community well-being in suburban areas; and a discussion of how to finance urban growth through densification and redevelopment. The event was co-organized by the Peking University College of Urban and Environmental Sciences (PKU), University of Hong Kong, and Regional Science Association of China. 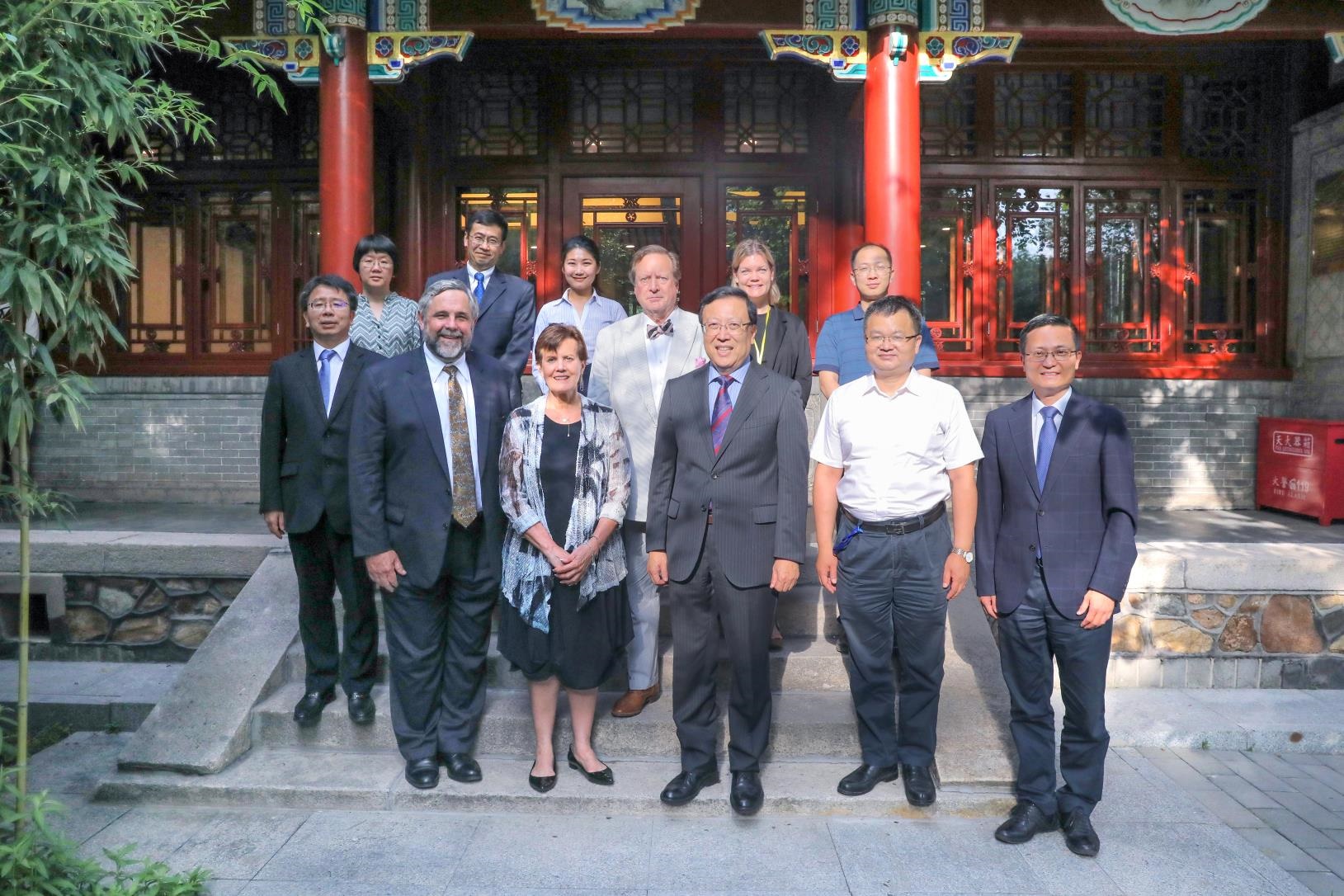 The conference—the fifth in a series, with previous incarnations held in Hong Kong, Shanghai, London, and Glasgow—brought together researchers from the fields of urban studies, geography, sociology, economics, political science, urban planning, urban management, and public policy, as well as China studies. “The research presented at this conference provides much-needed empirical evidence that will be helpful for policy making and policy reform,” Liu said. In addition to sharing research and data, presenters recommended steps such as improving inter-city coordination to equalize basic public services and continuing to study the well-being of residents to develop a robust evidence base for community planning and development.

“The policy reform underway in China reflects a growing recognition that the outcomes of urbanization are not meeting the rising expectations of the government or people,” said the Lincoln Institute’s Vice President of Programs Armando Carbonell, who facilitated sessions at the conference. “China is a laboratory of urbanization, with fast-moving systems and a government willing to engage in policy experiments. Things move so quickly, you can hypothesize about what will happen, then actually see and learn from the results on the ground.”

With that type of learning in mind, the PLC also hosted a roundtable discussion at the conclusion of the conference, convening experts from China, Mexico, Uganda, and the U.S. to talk about land policy themes and research that cut across Africa, Latin America, and China. The group explored opportunities to build a research or educational program that bridges land policy work in those areas, concluding that there is a need for increased South-South knowledge sharing.

“Given that China’s urbanization process has been more recent than Europe’s or North America’s, and that it has been as fast as, if not faster than, what is happening in Africa, there are opportunities to learn from China’s successes and avoid the pitfalls,” said Astrid Haas, a senior economist at the International Growth Centre who attended the conference and roundtable. Haas, who is based in Uganda, thinks learning about the policy shift underway in China will help African cities “embark on a path of quality urbanization from the outset.” She also points out that policy makers in China can learn from African experts on topics such as the property tax, which is in use in some African countries but only just being considered in China. “There are strong opportunities for two-way learning,” Haas said.

As the PLC explores the possibility of expanding its work in the region—an idea that PKU President Ping Hao voiced support for in a meeting with Lincoln Institute staff members ahead of the conference—the Center could play a role in facilitating that sharing. “This is a perfect example of an opportunity for the Institute to help connect people across regions,” said Enrique Silva, who leads Lincoln’s International and Institute-wide Initiatives program and helped organize the roundtable discussion. “Though their state structures differ, China, Africa, and Latin America face many of the same ‘headline issues’ related to resource distribution and the challenges of rapid urbanization. We are eager to help develop peer networks and build capacity so they can learn from each other.”

Katharine Wroth is the editor of Land Lines.

Photographs in order of appearance:

Recent efforts to improve quality of life in Guangzhou, one of the largest cities in China, include addressing air pollution and redeveloping industrial areas. Credit: Sergei Gussev/Flickr CC BY-NC 2.0.