The Potential of Green Bond Financing in China

Underlying the urgent need for sustainable, high-quality urbanization in China—a new approach taking hold after decades of unchecked growth—is the question of money. Public funds can supply only a small amount of the total investment needed to build low-carbon infrastructure in cities across the country. In the specific areas of energy conservation and environmental protection, some estimates state public funds will cover less than 25 percent of costs (Bond Magazine 2018). For Chinese cities, this means mobilizing private capital is imperative. A growing interest in green bonds—bonds specifically intended to fund projects related to sustainability—suggests this financing tool could be a viable option. 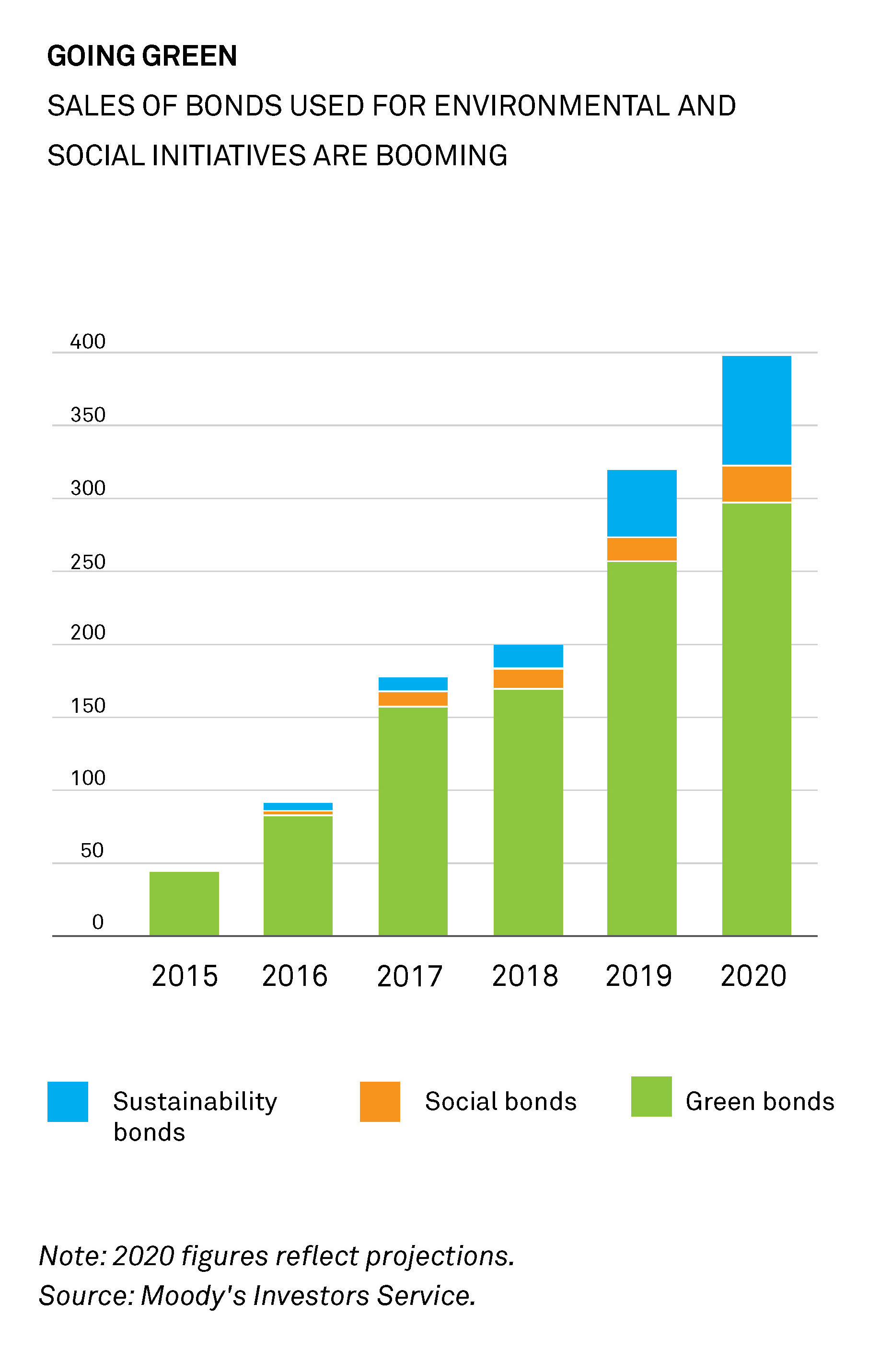 The World Bank issued the first official green bonds in 2009. In the 10 years following, cumulative global green bond issuance exceeded $521 billion. As of 2018, green bonds account for about one percent of the global market (Tay 2019). China has rapidly become the world’s second largest green bond market since releasing national green finance guidelines in 2016; the total amount of money raised through state-issued Chinese green bonds—not all of which align with international definitions and standards—was about $31 billion in 2018 (Meng et al. 2018) and hit almost $22 billion in the first half of 2019 (Meng, Shangguan, and Shang 2019).

Generally speaking, the projects that benefit most from green bond proceeds are large, have long investment horizons, and rely on proven technology—metro lines and other clean transportation are good examples. Green bond proceeds can be allocated to existing assets, such as a solar energy plant operating in a city, or to upcoming capital investment.

In June 2019, the Ganjiang New Area in Jiangxi Province issued the first municipal bond in China bearing a “green” label (China Securities Network 2019). The bond followed the regulations of the People’s Bank of China, the country’s central bank, and was issued to finance smart utility pipelines. The issuance was 12 times oversubscribed, indicating that investors in China are willing to finance projects tied to sustainable infrastructure and industry (Ibid).

Farther south, in Shenzhen, two unlabeled green bonds helped finance an International Low Carbon City (ILCC) project launched in 2012. The ILCC is a flagship demonstration project of the China-E.U. Partnership on Sustainable Urbanization. When completed, it will cover more than 53 km2 and display an array of green buildings and low-carbon technologies (Zhan, de Jong, and de Brujin 2018).

Cities like Shenzhen, which have a relatively large GDP and municipal budget, can afford to experiment with innovative financing methods in order to circumvent financial barriers and constraints. Many cities still rely on sales of land as the main municipal finance resource for capital investment. This is a serious problem for smaller cities in particular, because the value and amount of their land and level of private sector interest in the land are all lower than in larger cities. Oftentimes, smaller local governments will have to settle for selling land to a nonideal or polluting industry, such as a steel company. Chinese cities hoping to reduce carbon footprints could look to aspects of Shenzhen’s financing efforts to diversify funding away from land sales.

Municipal officials can increase the efficacy and feasibility of green bonds by providing incentives such as interest rate subsidies, bundling different environmental assets (such as solar, water, and pollution cleanup investments) into larger bonds to attract big investors, and attaching measurable indicators to create accountability and transparency (IISD 2018). Monitoring, reporting, and verification is also a key part of green bonds.

As a debt instrument that can harness private capital for climate-oriented projects, green bonds appear naturally suited to the needs of cash-strapped cities in China that are trying to achieve low-carbon transition. Green bonds will almost certainly play a larger role in the Chinese and global financial sector going forward.