Will the Pandemic Change the Face of Public Meetings Forever?
By Liz Farmer, May 20, 2020

Over the past 25 years, the western edge of Missoula, Montana, has been a hotbed of growth. Thousands of residents have moved into new neighborhoods built on former agricultural land, with big box stores like Costco and Home Depot cropping up nearby. The city and county are now considering multi-use development of the 2,000 or so undeveloped acres remaining in the area—a tract surrounded on two sides by housing and adjacent to a main thoroughfare and the regional airport—and public input is key to shaping the direction of the project. But with the COVID-19 crisis halting all in-person planning meetings and approvals in the region, including a scheduled community charrette, the planning process went online.

During a multi-day virtual charrette in April, participants watched presentations and videos on the current plan, whose elements include affordable housing, community-supported agriculture, walkable urban centers, and the restoration of a local creek. They submitted questions and answered daily online polls, and those who couldn’t attend could access videos and submit comments after the fact. All told, more than 280 people participated in the charrette or later visited the “virtual studio.” The videos—on topics including historical and environmental preservation, traffic planning, and stormwater management—have gotten thousands of views.

“The event was attended by far more people and a wider variety of people than a live event,” said Jason King, a principal at Florida-based project consultant Dover, Kohl & Partners. “Landowners called in from Seattle, and a member of the Confederated Salish and Kootenai Tribes of the Flathead Reservation called in from the Flathead Reservation. These are people who it is difficult to get to an on-site charrette but who we talked to specifically because they could call in from their homes and offices.” At this virtual charrette and others the firm has held, King says, “we see more than just ‘the usual suspects’ from city council night.” 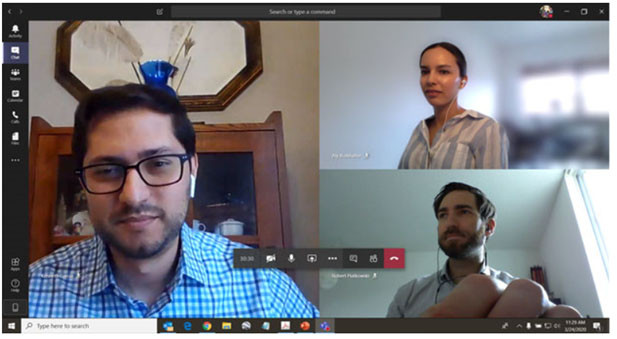 Amy Cotter of the Lincoln Institute, who previously directed regional planning initiatives for the Metropolitan Area Planning Council in Boston, says casting that broader net can make planning processes more representative and more robust. “Using technology could open the doors to people who have barriers to attending public meetings in person,” said Cotter. “Maybe they have to look after kids in the evening, or they don’t feel comfortable entering a public building, or have night class. By giving people more ways to access meetings, you’re going to get more participation and, I’d argue, better decisions.”

But shifting to virtual convenings isn’t always simple. Many localities have had to wait for state leaders to remove legal barriers preventing them from going forward. Florida, Delaware, Massachusetts, Michigan, New York, Rhode Island, and Utah are among states with executive action seeking to suspend, amend, or clarify open meeting laws to allow for remote meetings. Some legislatures are taking up the issue as well, with states including Oklahoma, Ohio, Tennessee, and Pennsylvania considering legislation that addresses open meeting laws and virtual engagement.

In New York City, the epicenter of the COVID-19 crisis in the United States, Mayor Bill de Blasio temporarily suspended the city’s land-use decision making processes even as the city received state permission to hold online meetings. Anita Laremont, executive director of the city’s planning department, expects that planning meetings will restart shortly. But she also said that COVID-19, the economic crisis it has created, and its disruption to daily life means that planning departments need to be realistic about what needs to move forward and what can wait.

“We will look at everything we put forward through the lens of whether it helps with the recovery,” Laremont said. “If we have neighborhood rezonings designed to develop additional affordable housing, we might choose to go forward because that remains an issue in the city.”

When it comes to executing the meetings themselves, planners must consider access and equity. How can online meetings conducted in English provide translation for speakers of other languages? How can cities best reach those without internet access or technical know-how?

Many platforms do offer language interpretation services for meetings and webinars, and options such as a call-in number can give attendees without internet access the opportunity to listen and participate in a meaningful way. But whether planners use general videoconferencing tools such as Zoom or GoToMeeting or planning-specific tools such as coUrbanize and Polco, figuring out which platform’s services work best for a city’s needs requires legwork.

“It means speaking to all of these platforms and trying to understand what they can accommodate,” said Laremont. “That’s the only way we’ve really been able to do it, is to go and talk to them.”

Comparing notes with fellow planners is also vital, said Milwaukee Long Range Planning Manager Sam Leichtling. His department has been exploring the methods peers across the country are employing and collecting examples of approaches that capture different audiences.

“I applaud the private vendors trying to adapt their technology to COVID-19, and with the right scenario, those tools have amazing uses,” Leichtling said. “But as a profession, we have to acknowledge that’s not going to be the solution to every case. Phone trees, dropping literature off at neighborhood facilities, these analog methods are still vital.”

It may well be that future planning processes use some combination of methods to reach as many people as possible. King confirmed that Dover, Kohl intends to combine virtual and on-site sessions going forward, pointing out that online convenings offer additional benefits including a lower carbon footprint and reduced travel time and costs for consultants and other experts. Cotter also noted that the Lincoln Institute advances more effective and inclusive public engagement strategies through its Consortium for Scenario Planning, which involves stakeholders beyond the planning office by introducing diverse voices into the process.

“Will we return to a situation where we rely only on traditional public meetings?” Cotter asked. “I doubt it. I think this will be a component of the way cities conduct business going forward.”

Photograph: A virtual charrette allowed planners and the public to exchange information and ideas related to a potential development in Missoula, Montana. Credit: Courtesy of Dover, Kohl & Partners.