The Lincoln Institute of Land Policy traces its origins to John C. Lincoln, a Cleveland industrialist and investor who in 1946 established the Lincoln Foundation in Phoenix, Arizona. He was intrigued by the writings of Henry George, as expressed in the book Progress and Poverty (1879), in particular George's ideas about land ownership and taxation. Lincoln created the Foundation to support other institutions in the teaching, research, and publication of information about George's work.

From the late 1940s through the early 1970s, the Lincoln Foundation sponsored a variety of university-based education and research programs on theoretical and applied economics and taxation. In 1966 the Foundation established the John C. Lincoln Institute at the University of Hartford in Connecticut, and in 1968 it supported the creation of the Land Reform Training Institute in Taiwan (renamed the International Center for Land Policy Studies and Training in 1998).

John C. Lincoln's son David C. Lincoln established the Lincoln Institute of Land Policy as a school in 1974, which became the Foundation's primary grant recipient, with a mission to develop multidisciplinary education, research, and publications programs. The Lincoln Institute focused on property valuation and taxation policy, urban planning and development, land economics, and property rights. To expand its work internationally, the Institute established the Program on Latin America and the Caribbean in 1993 and the Program on the People's Republic of China in 2003.

In 2006, the Lincoln Foundation and the Lincoln Institute of Land Policy merged to become a private operating foundation. The organization continues its focus on research, publications, and training, while seeking a more active role in the conversations that shape public policy decisions.

Life of an Idea

History of the Lincoln House

The Lincoln Institute of Land Policy resides in a large shingle-style colonial revival house located at 113 Brattle Street in Cambridge, Massachusetts near Harvard Square and next to the Henry Wadsworth Longfellow House, a National Park Service Historic Site. Lincoln House was designed by Boston architects Andrews and Jacques and built in 1887 for Edith Longfellow and Richard Henry Dana, whose marriage united two distinguished literary families. Edith's father was Henry Wadsworth Longfellow, one of America's most celebrated nineteenth-century poets, and Richard's father and namesake wrote the 1840 classic, Two Years Before the Mast. The Lincoln Institute purchased the house in July 1989 and made extensive restorations and renovations; the front parlor rooms were restored with period wallpaper and furnishings, and the entire building was repainted in its original colors. 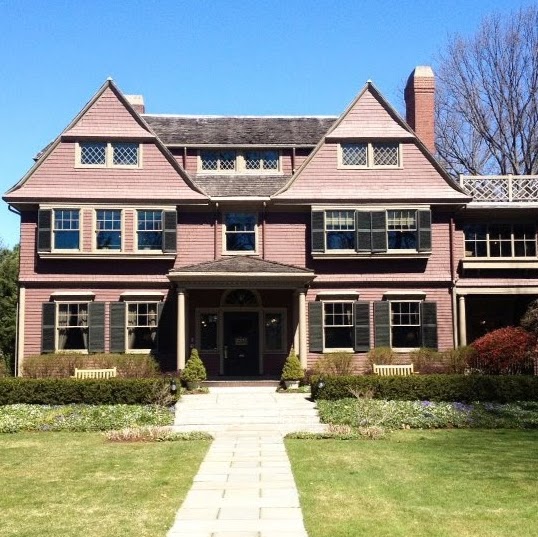