Born and raised in the working-class Boston neighborhood of Dorchester, Martin J. Walsh is serving his second term as Boston’s 54th mayor, focusing on schools, affordable housing, and immigration, among many other issues. He has also become an international leader in confronting climate change and building resilience, hosting a major climate summit in 2018 and forming a coalition of mayors committed to working on renewable energy and other strategies. He has pledged to make Boston carbon-neutral by 2050, and has led Imagine Boston 2030, the first citywide comprehensive plan in half a century, as well as the Resilient Boston Harbor initiative. He made time to speak with Senior Fellow Anthony Flint to reflect on being mayor in the midst of the unfolding climate crisis.

Anthony Flint: You have been one of the most active mayors in the nation on the pressing issue of climate change. Tell us about your recent efforts to coordinate action—and how you feel about all this work being done at the local level in the absence of a federal initiative?

Marty Walsh: We hosted our first climate summit, and we’ve been working with mayors across America. I was elected as the North American co-chair for C40 prior to President Trump pulling out of the Paris climate accord. We’ve been working with Mayor [Eric] Garcetti in Los Angeles and other mayors to make sure that cities recommitted themselves to the Paris climate agreement. This is such an important issue for the country and for Boston, and it’s so important to have engagement and leadership. It’s unfortunate that we haven’t had a [federal] partner in the last few years. But we’re going to continue to take on the challenges and continue to think about the next generation. What I’m hoping is that ultimately we will have a federal partner, and [when that time comes] we won’t be starting at zero.

AF: Turning first to mitigation: what are the most important ways that cities can help reduce carbon emissions? Should cities require the retrofitting of older buildings, for example, to make them more energy efficient?

MW: We have a program called Renew Boston Trust, identifying energy savings in city-owned buildings. It’s important to be sure we start in our own backyard. We have 14 buildings underway for retrofits—libraries, community centers, police and fire stations. Secondly, we’re looking at electrifying some of our vehicles. The third piece is looking at retrofitting and new construction, making sure all new construction is built to higher performance standards with fewer carbon emissions. Ultimately, as we think about reducing carbon emissions, we are looking at 85,000 buildings in our city . . . if we want to hit net zero carbon by 2050, we’ll have to retrofit those buildings, large and small. Then there’s transportation—getting our transportation system to be cleaner and greener. Even if we had a strong national policy, it’s ultimately the cities that will have to carry out the reductions.

AF: Even if we stopped all carbon emissions tomorrow, the planet will still have to manage significant sea level rise, flooding, volatile weather, wildfires, and more, because of inexorably rising temperatures. What are the most promising efforts here and around the country in building resilience?

MW: For Boston and East Coast cities and oceanfront property, our Resilient Boston Harbor plan lays out some good strategies. We have 47 miles of shoreline, and rivers that run through and border our city. We’ve looked at [the 2012 Atlantic hurricane] Superstorm Sandy and at what happened in Houston [due to Hurricane Harvey in 2017], in terms of protecting people in major flooding events. We have one big plan for the harbor, but there are other neighborhoods where we have to make sure we’re prepared. We’re doing planning studies in all of these areas [under the Climate Ready Boston initiative] to deal with sea-level rise. They eventually become one environmental plan.

It is a public safety matter. It’s about quality of life and the future of our city. In the past, mayors have focused on economic development and transportation and education. Today, climate change, resilience, and preparedness are part of the conversation in ways they weren’t 25 years ago.

AF: At the Lincoln Institute, we’re big believers in working with nature through blue and green infrastructure—and coming up with new ways to pay for it. Are you also a fan of this approach, which the Dutch and others have developed? 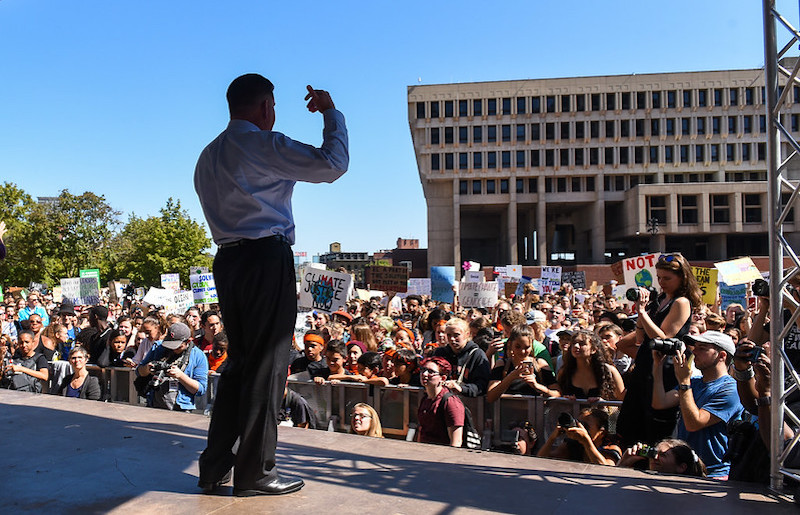 MW: Resilient Boston Harbor is really a green infrastructure plan. One project that speaks to that is Martin’s Park, named for Martin Richard [the youngest victim of the 2013 Boston Marathon bombing]. We raised parts of the park to prevent flood pathways, and installed mini piles and vegetated beds reinforced with stone to prevent erosion at higher tides. We’re looking at doing something like that throughout the inner harbor. We’re spending $2 million at Joe Moakley Park, which is the start of major flood pathways to several neighborhoods . . . we’re trying to cut back on as much flood-related property damage and disruption of people’s lives as possible. Berms and other barriers can help keep the water out . . . but there are opportunities to let the water through and not let it build up, in a major storm event.

AF: In addition to new taxes that have been proposed, would you support a value capture arrangement where the private sector contributes more to these kinds of massive public investments?

MW: On top of private investment—which we’re going to need more of—we are working with philanthropic organizations, to see if some philanthropic dollars can go into these kinds of projects. In our budget this year, we’re dedicating 10 percent in capital budget to resilience. We’re also looking at taking some dedicated revenue and putting it into resilience. For example, we raised fines and penalties for parking violations. That will go right back into transportation and resilience, including things like raising streets up. That’s a start. Over time, we’ll dedicate more of our budget to this. At some point hopefully, the federal government will invest. Right now, they are paying millions and millions for disaster relief. Rather than coming in after an event and a tragedy happens, I would hope that they will want to make investments on the front end.

AF: Given projections that large swaths of Boston will be underwater later this century, can you reflect on a personal level about this threat to the city you currently lead? How would you inspire more urgency to address this problem?

MW: That’s our job. Our job is to govern in the present day, and manage all the day-to-day operations, but our job is also to lay down the foundation of what our city looks like in the future. The infrastructure that we build out will be here for the next 50 to 60 years. The Resilient Boston Harbor plan is [designed] to deal with sea-level rise 40 or 50 years from now. We’re building all of that with the expectation of preserving and protecting the residents of the city. I would hope that when I’m not here as mayor anymore, the next mayor will come in and will want to invest as well. This is the legacy of the city—I wouldn’t say it’s necessarily my legacy—to look back years from now, for residents to look back and be grateful for the investments and the time that leaders took in 2017 and 2018 and 2019.

I don’t think as a country we’re where we need to be. The Dutch and other European countries are farther ahead. So we’re playing catch-up. We’re not waiting for the next generation to try to solve this problem.