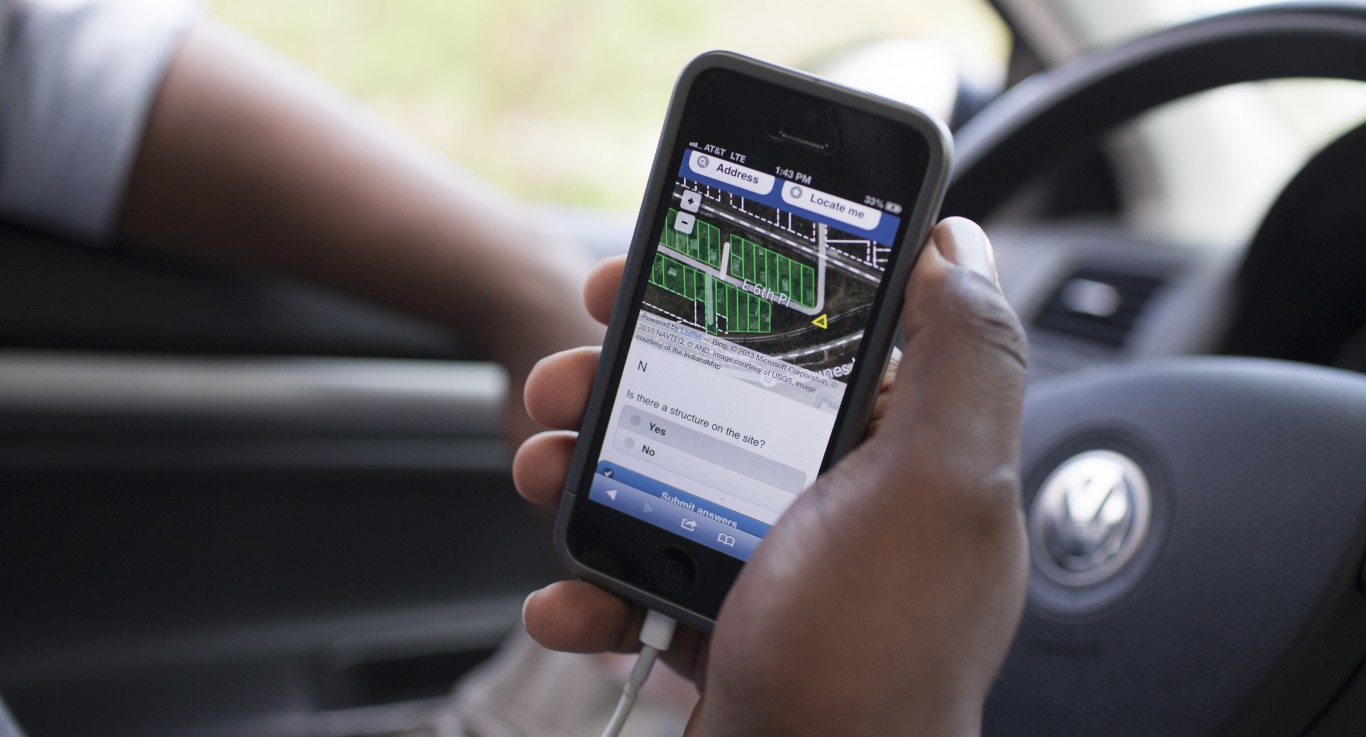 Sponsoring Institution
City of Gary, Indiana
Key Milestones
2012
The University of Chicago launches the Gary Urban Revitalization Project, which begins to collect parcel survey data and launches a “311” information platform.
2014
The survey collection drive completes its review, and the White House selects Gary for its Strong Cities, Strong Communities initiative.
2015
The Center for Community Progress selects Gary for its Technical Assistance Scholarship Program.
2018
Gary sees a reduction of vacant buildings from 7,000 (in 2012) to 5,700.
Financial Implications 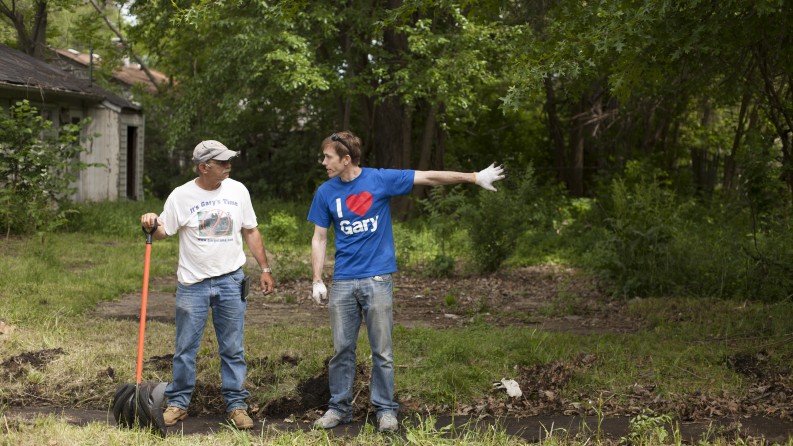 The parcel survey is notable for its efficiency: It was conducted using mobile phones and limited to just eight questions: seven yes/no questions and one multiple choice. An easy-to-use app also meant subject matter professionals could serve as volunteers without lengthy technical training. As a result, 67 volunteers working in teams could survey up to 40 parcels per hour.

The software platform was a pioneering effort to visualize city-scale information at parcel-level resolution on a live website. This allowed surveyors and laypeople alike to use mobile phones and tablets in the field to easily contribute and visualize survey data.All data was made free and available for public download.

With grants totaling over $11 million, the City of Gary has one of Indiana’s highest per-capita awards from the Hardest Hit Fund Blight Elimination Program, a state-administered federal fund for demolition of vacant structures to reduce foreclosures and abandonment post-recession. Stakeholders attribute that high receipt of funding to both the city’s partnership with the University of Chicago Harris School (which provided the survey methodology, preliminary survey data, and technical assistance during the application process) and the city’s efficient procedural apparatus for bringing abandoned buildings through the legal and contracting process to demolition.

Staffing and/or CapacityAn initial five-day survey of 11,651 parcels was conducted by 67 volunteers—including local professionals and residents —and guided by city staff and University of Chicago Harris School students. A second survey phase was conducted by 200 volunteers, who collected data on the remaining 46,584 parcels. The University of Chicago and the City of Gary covered their own expenses, and the city’s Redevelopment Commission contracted LocalData, a geospatial data management software provider (subsequently acquired by Loveland Technologies), to provide the platform. The city’s mayor and planning director were actively engaged at all stages of the initiative, and paid professional staff time was reserved for quality control rather than data collection. The Harris School fostered continuity between successive cohorts of student groups by using a significant share of the Harris School director’s time and hiring a dedicated, ongoing partnership fellow from among the first student cohort.

Engage in Community and Strategic Planning